Over 30 Years of Camboard....
Camboard Publishing is the book publishing division of Camboard Technology.
Camboard Technology was established in Cambridge, England in 1984. We have a long history of developing and publishing curriculum software for schools and colleges throughout the world.
Camboard develop innovative curriculum software, apps and online services for education.
The bulk of our school software usage is in the U.K and North America.
We initially started developing like many software companies, around the Acorn Computers platform...with the advent of Windows 95 we began to just release titles for that platform.

We communicate throughout the year with schools by our catalogues and software updates, keeping educators up to date with our new classroom software developments.

90s
Simple Circuits was our first Windows title introduced in 1994.
The popularity of this title in classrooms lead to other titles being introduced.
In 1997 we published the ground breaking Interactive Control program the first coding software to feature virtual components and an on-screen buffer box. This proved hugely popular as it saved schools the expense of purchasing expensive buffer boxes.
Around half of U.K colleges purchased this along with its sister program Visual Control. Its fair to say that many programmers today were probably introduced to coding in schools using Camboards' coding and control programs. 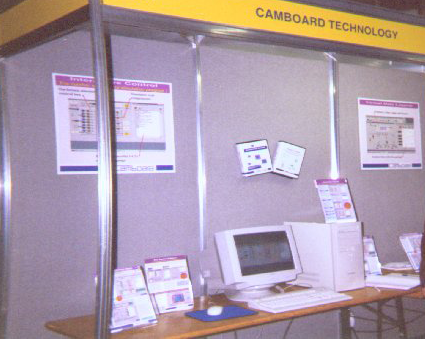 00s
With the introduction of Computer Science into schools we released in 2002 How a Computer Works. This became the multimedia standard for students to learn how inside a computer functions...
In 2005 we introduced Interactive Robot to U.S.A schools this proved particularly popular to east coast schools.